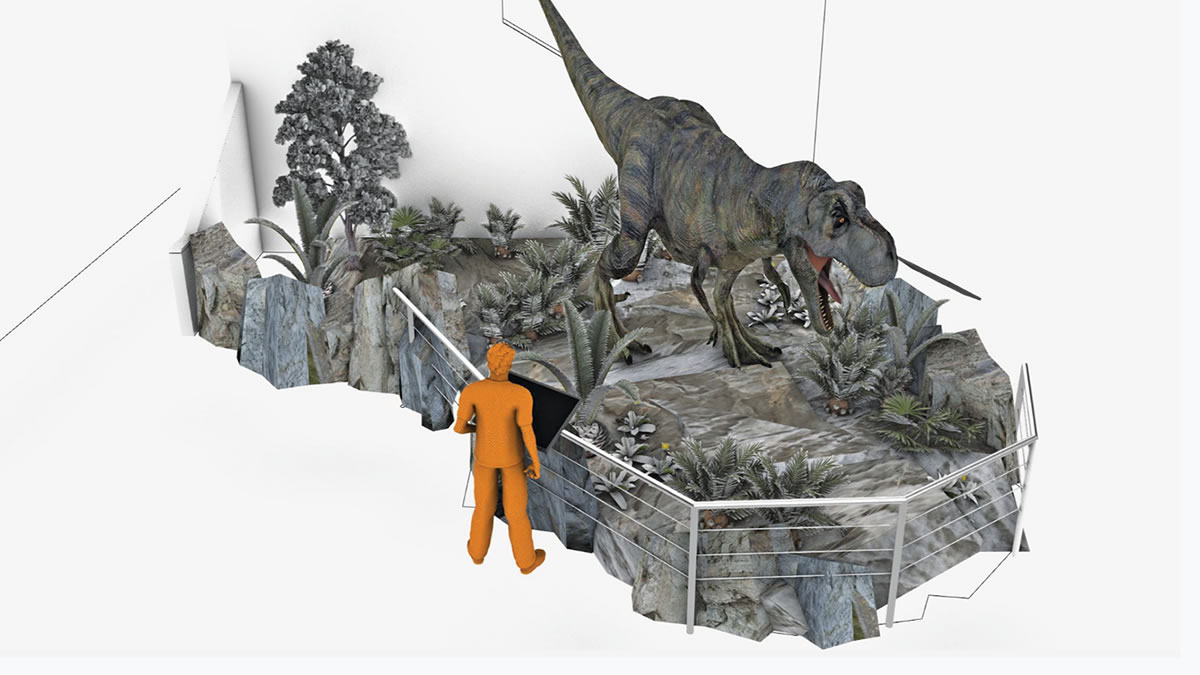 It’s a dinosaur tale that stretches from Albuquerque to Japan and back again.

The foundation for the New Mexico Museum of Natural History & Science (NMMNHS) is raising funds to purchase a robotic, animated Bisti Beast as a permanent, key attraction at the museum.

An early relative of Tyrannosaurus rex, the Bistahieversor (Bisti Beast) fossil was discovered in 1997, and excavated in 1998 from the Bisti/De-na-zin Wilderness in the Four Corners of New Mexico by NMMNHS paleontologist Thomas Williamson, PhD. A paper describing the amazing find caught the attention of researchers at the Fukui Prefectoral Dinosaur Museum in Fukui, Japan.

Japanese representatives asked to borrow some of New Mexico’s fossils, including the Bisti Beast, for a temporary exhibition called The Great Journey of Dinosaurs. Upon traveling to Japan for the opening, New Mexico museum officials learned why Japanese scientists were so enamored with the Bisti Beast.

“There before our eyes was a living, breathing Bisti Beast robotic dinosaur inspired by the Bistahieversor discovery. The curators in Japan worked with Kokoro Company Ltd. to create a mesmerizing, life-size reconstruction of our own dinosaur that left me speechless,” says Williamson.

“We found we could obtain the dinosaur from Japan at a fraction of the price it would cost to have it created,” said Museum Executive Director Margie Marino. “This is the only dinosaur of its kind, and the only robotic dinosaur in existence custom-created based on a New Mexico scientific discovery. And, the engineering is such that, with regular maintenance, it could last as long as 20 years, providing our visitors with a landmark, memorable experience!”

The animatronic Bisti Beast was a huge hit in Japan. During a collective 218 days on exhibit at the three Japanese venues, the Great Journey of Dinosaurs drew more than 588,000 visitors. See a video at vimeo.com/282669292.

The foundation for the New Mexico Museum of Natural History & Science has launched a GoFundMe page to help raise money to bring the robotic dinosaur to New Mexico: gofundme.com/bisti

Coming this summer, Capcom Go!, an immersive, historical documentary introducing a new generation to the immense challenges and achievements of the Apollo program and what it took to put the first humans on the Moon half a century ago.

On Display at New Mexico Museum of Natural History & Science

$8 for adults, $7 for seniors (60+), and $5 for children (3-12). Admission is free for children 2 and younger. New Mexico foster families are admitted free at all times. The Museum will continue to suspend its program of free admission for state residents on the first Sunday of the month.