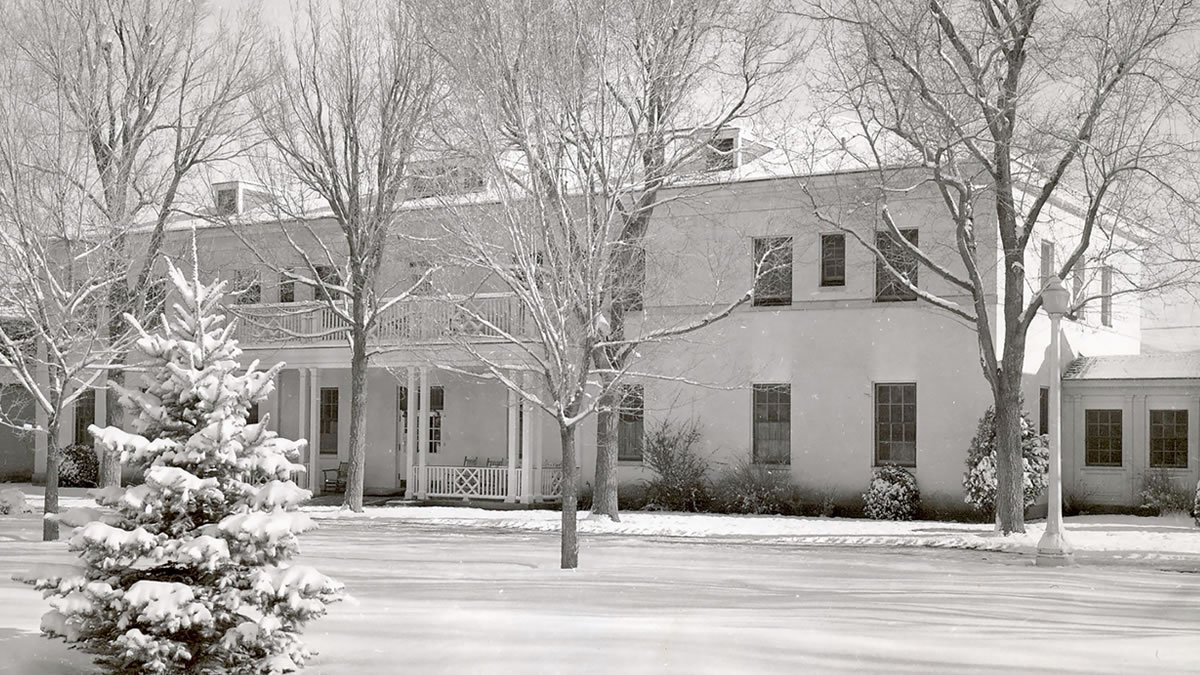 Following last year’s milestone reopening of the Public Health Service Hospital at Fort Stanton, built in 1936, the staff of the New Mexico Historic Sites is excited to be adding to this truly unique exhibition space.

Using funds received from the New Mexico State Legislature, a new exhibition designed to highlight the Nurse Cadet Corps, their connection to Fort Stanton, and their contributions to America’s victory during World War II opened in late spring 2019 along with additions to the existing exhibition.

The United States Public Health Service ran the tuberculosis hospital at Fort Stanton from 1899 to 1953, and nursing was an important component in the treatment of tuberculosis. The Cadet Nurse Corps, a division of the Public Health Service, was established with the passing of the Bolton Act on June 4, 1943. The corps’ creation was a result of the World War II nurse shortage, and part of an effort to supply qualified caregivers both at home and abroad.

The opening of this exhibit continues New Mexico Historic Sites’ efforts to tell a more inclusive story, presenting visitors with a full picture of how the history of Fort Stanton has impacted the development of New Mexico during the more than 160 years since it was established. Some of the new features within the existing exhibit include a theater room in the hospital where visitors can watch historic Public Health Service movies about their mission and 4K televisions displaying dozens of images of Fort Stanton during its time as a hospital.

Upgrades are also being made to the permanent exhibit located in the visitor center museum at Fort Stanton. This new exhibit will explore all periods of history at Fort Stanton including the pre-military settlement by the early Jornada Mogollon people and the later Mescalero Apache people; the military fort years from 1855 to 1896; the federal tuberculosis years from 1899 to 1953; the Civilian Conservation Corp (CCC) years (a public work relief program (1933 to 1942) as a German internment camp in the 1930s and 1940s. The state-run era including the tuberculosis hospital, the training school, and women’s correction facility. The final part of this new exhibition will highlight the efforts made by so many people to preserve Fort Stanton and championed the call to make it a state historic site.

Fort Stanton is located just off the Billy the Kid Scenic Byway (N.M. 380) on N.M. 220 at the Bonito River. The turnoff to Hwy 220 is 4 miles southeast of Capitan on the Byway, or 10 miles west of Lincoln.

On Display at Fort Stanton